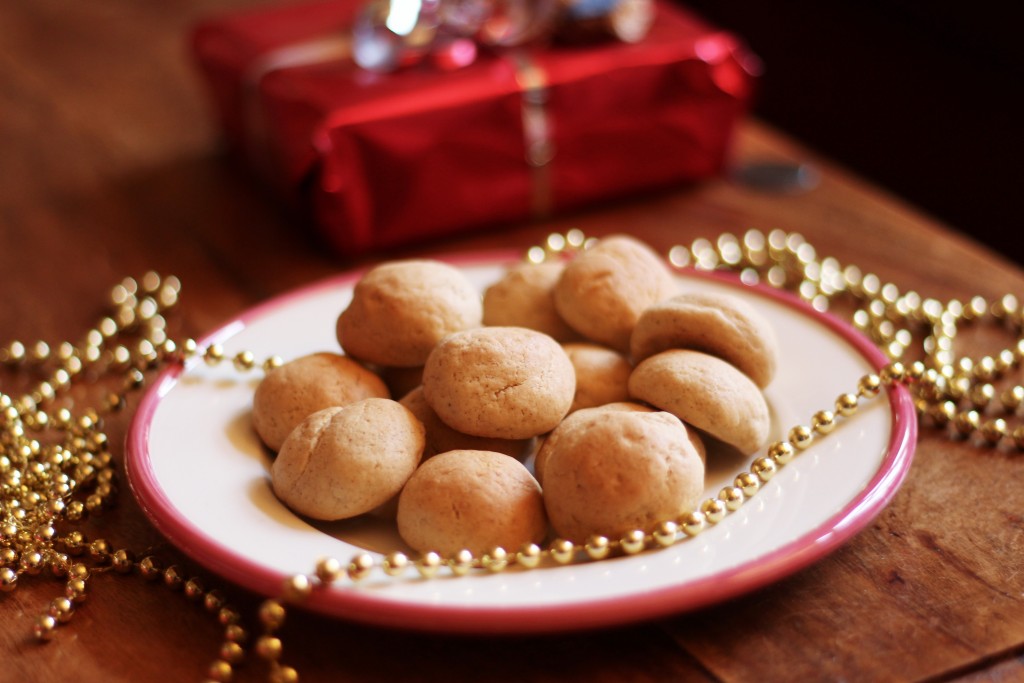 Last week, when Mum and I were traipsing our way around Copenhagen, jumping from shop to cafe to restaurant, I noticed that many shops offered a little bowl of tiny biscuits by the till. I wasn’t sure if they were snacks for the cashier, an offering for customers or just a little something for the festive season. It’s not like this mystery was causing me great anxiety, but I’m a curious person. Especially on the subject of free sweet treats.

Having consulted the great oracle of Google, I’m convinced that those biscuits were pebernødder – spiced shortbread nuggets prepared during the Christmas season. The name means ‘pepper nuts’, so named because the recipe calls for white pepper, as well as other spices like cinnamon, cardamom and mace. Never one to turn down an opportunity to try out a recipe, I had a go at baking some pebernødder at the weekend. They are very easy to make, taste great with spiced tea and when in the oven they fill the house with the warm aroma of Christmas baking.

Preheat the oven to 180C/gas mark 4 and grease and line a baking tin. Beat together the butter and sugar until pale and fluffy, then beat in the egg. Gradually add the flour and the spices, stirring until the mixture forms a soft dough. Using your hands, pinch off pieces of the dough and roll into small, evenly-sized balls (about the diameter of a 50 pence piece), and arrange them on the baking tin, making sure that none of  the cookies touch. Bake for 10-15 minutes, or until golden brown and firm. Leave to cool before removing from the tin. 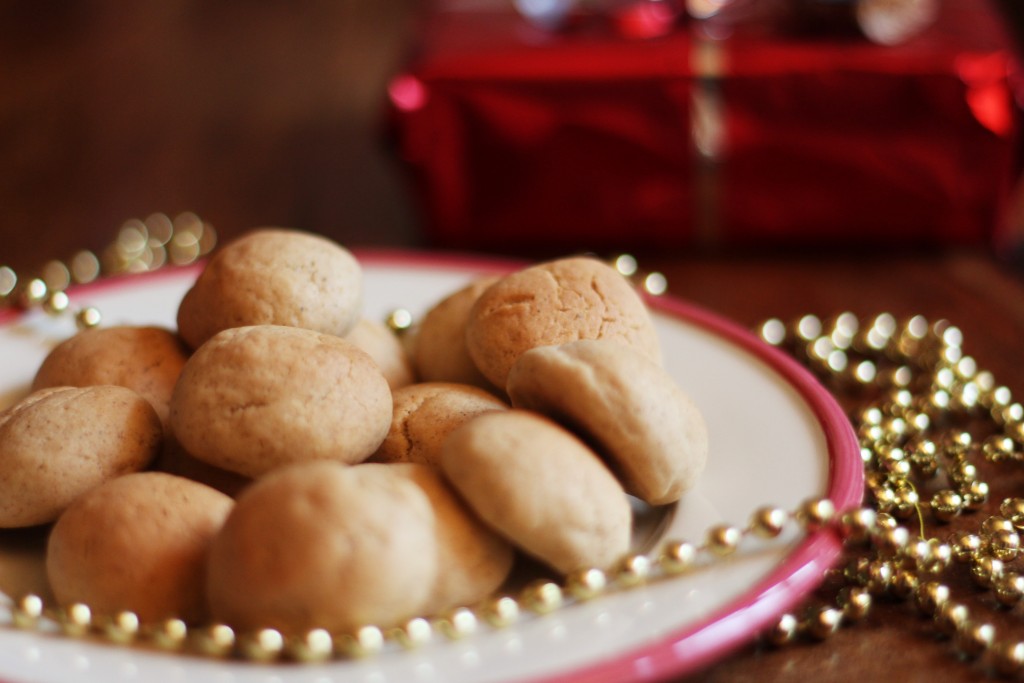