I’ve been a little quiet on the blog this week, but that’s only because I’ve been working on some new projects… (exciting!)

Last month, I paid a visit to the Guatemalan Maya Centre in Fulham Broadway (London). It was founded in 1990 by woman named Krystyna Deuss, who spends a lot of time in Guatemala researching the local textiles and customs. It used to be an up-and-running visitors’ centre, with exhibition galleries and a craft shop, but now visits have to be arranged by prior appointment. I would have loved to see the centre back in its ‘glory days’, when the centre would put on ethnographic film screenings and other such events, but I still felt very priveleged to be able to see and photograph the weavings that the centre houses. 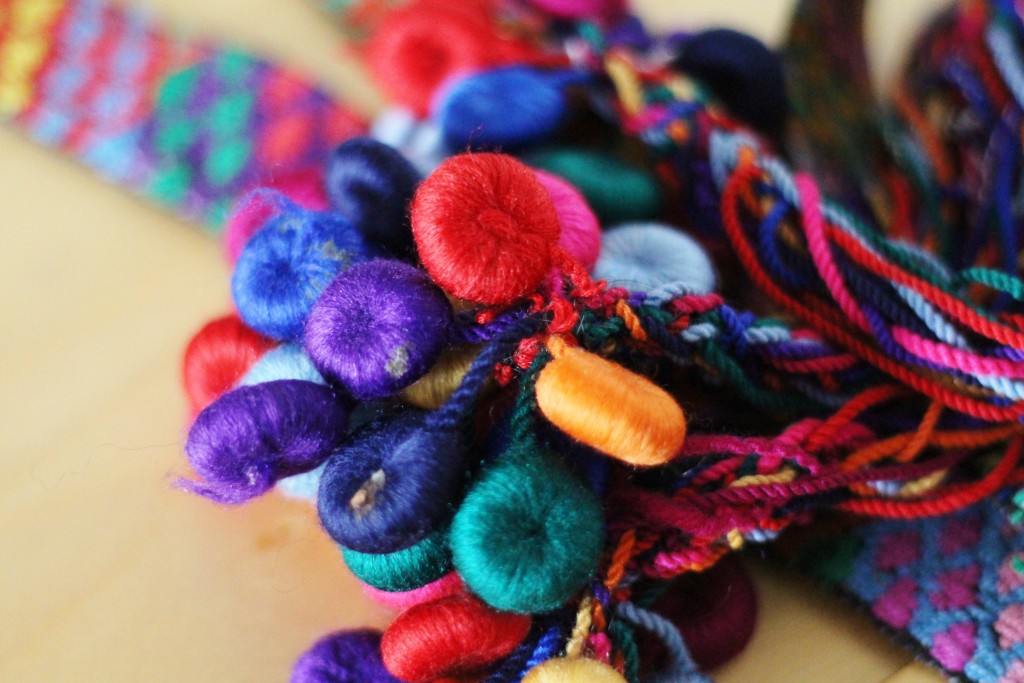 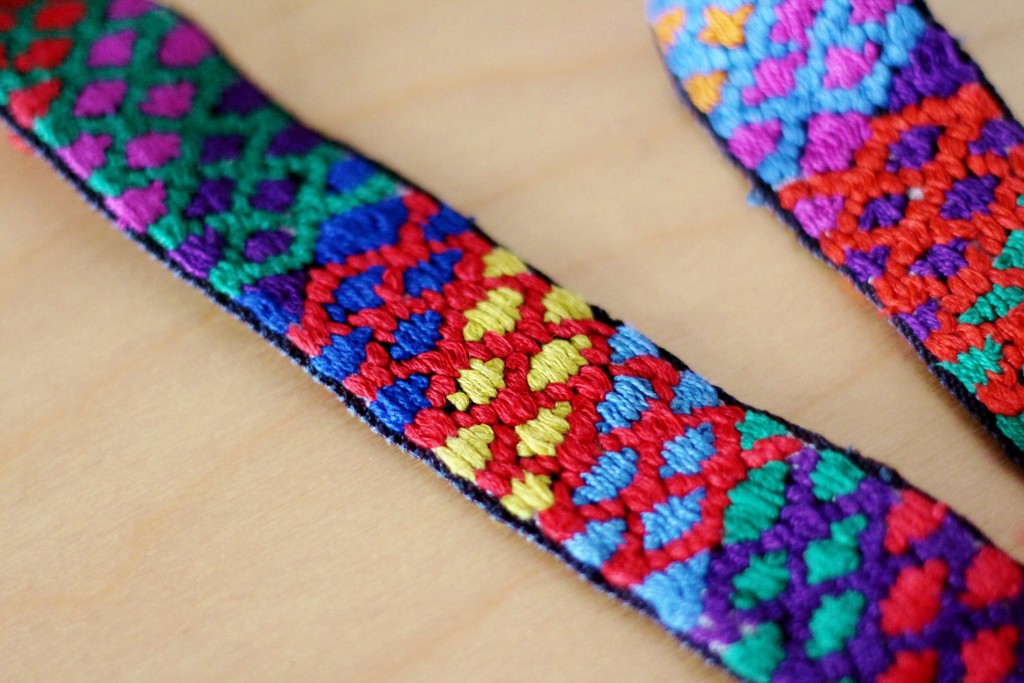 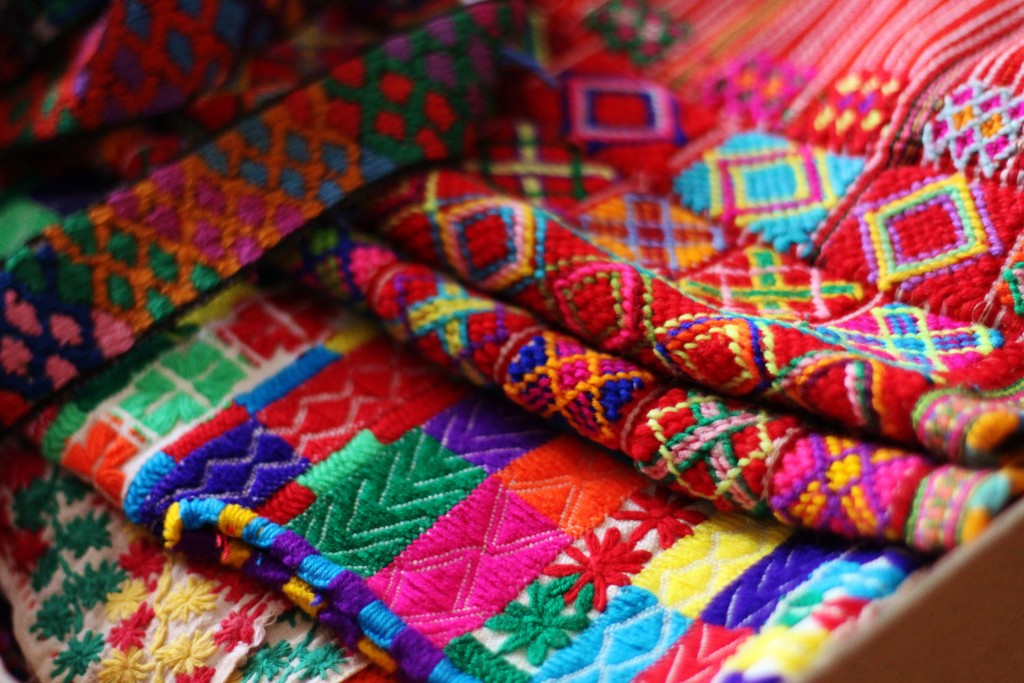 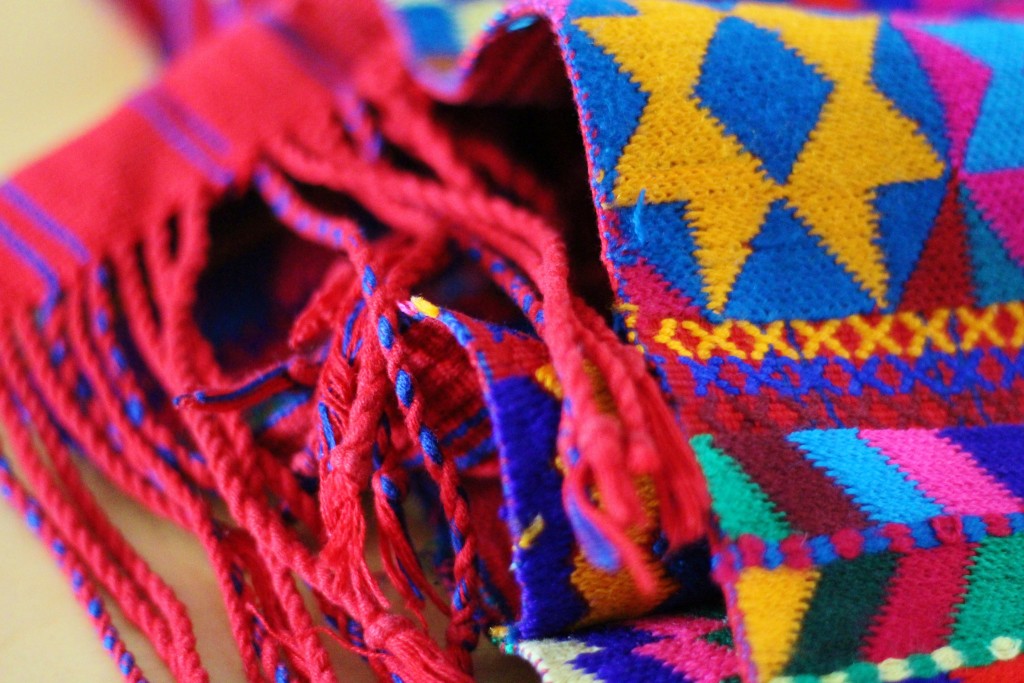 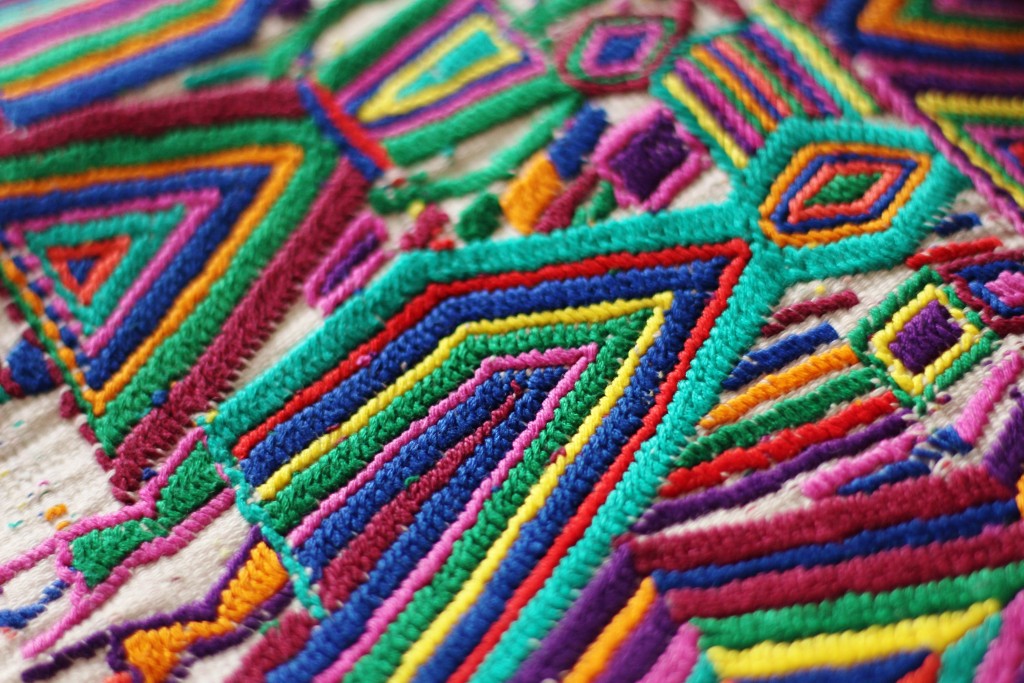 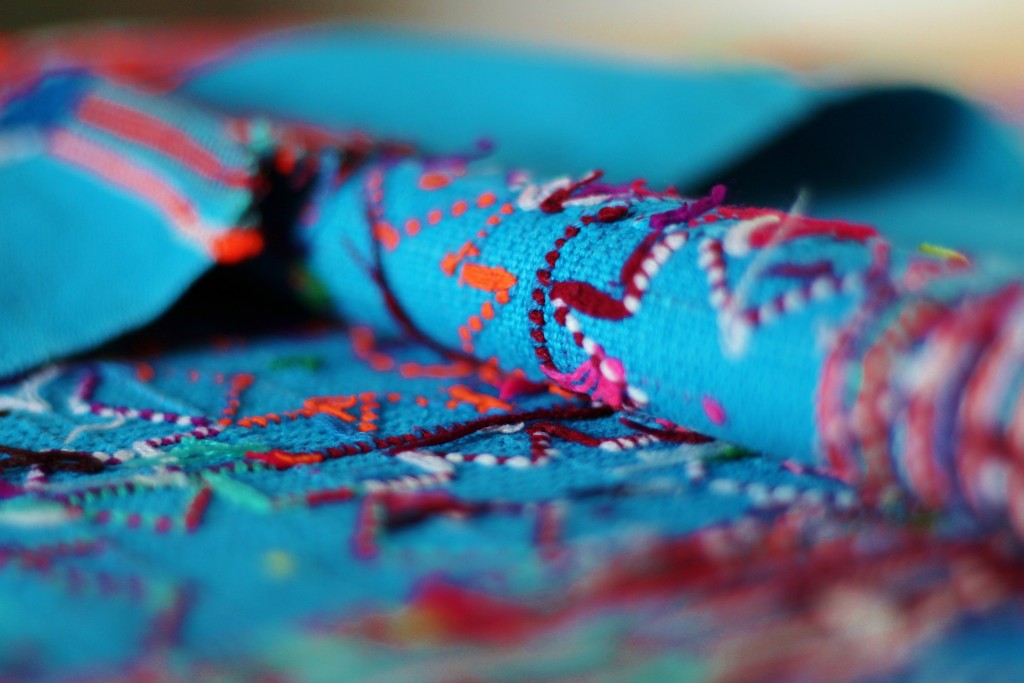 Some of these clothes were made on a floor-loom, and some were made on a backstrap loom, which I am particularly interested because the weaver herself becomes part of the apparatus.

Some time in the near future, I would like to try and construct a rudimentary backstrap loom myself. Of course, this level of beauty and intricacy takes years of training, but I love the idea of using your own body to adjust the tension of the loom. 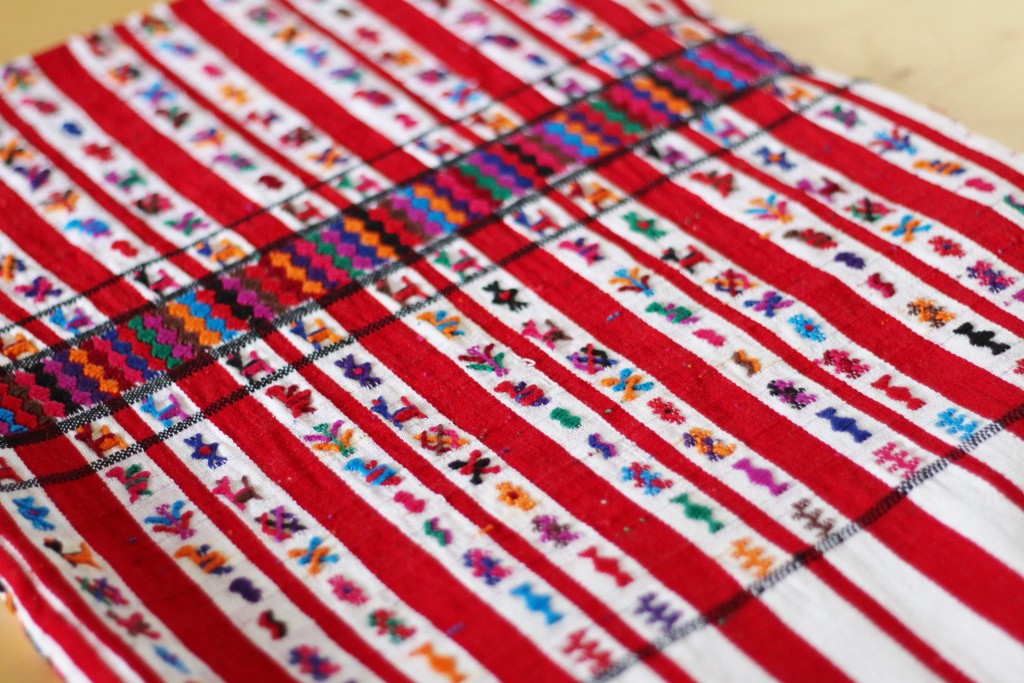 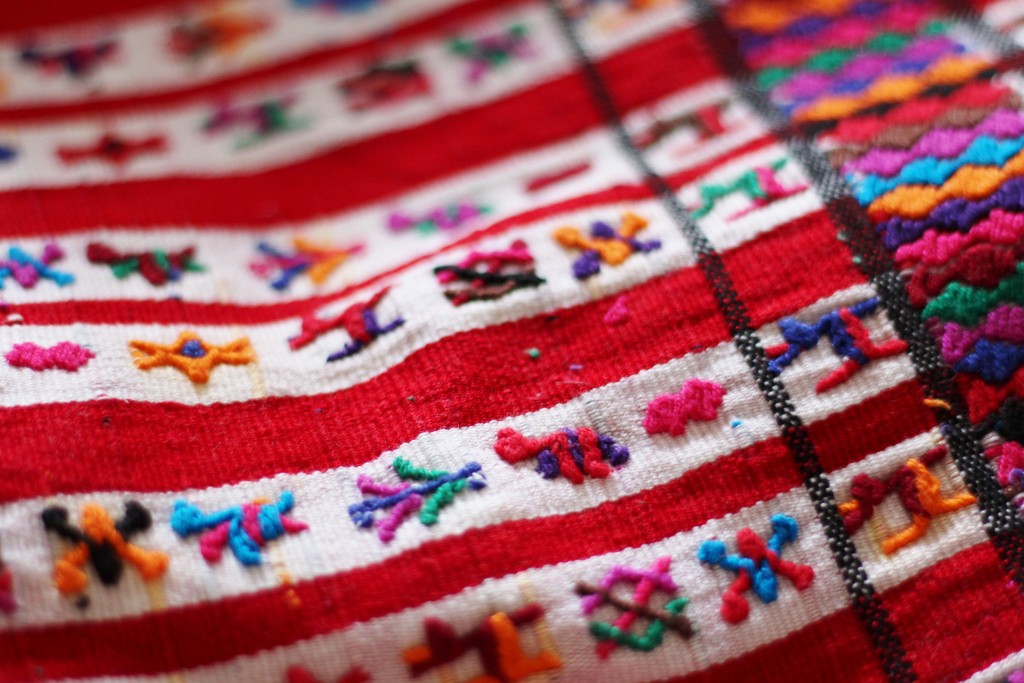 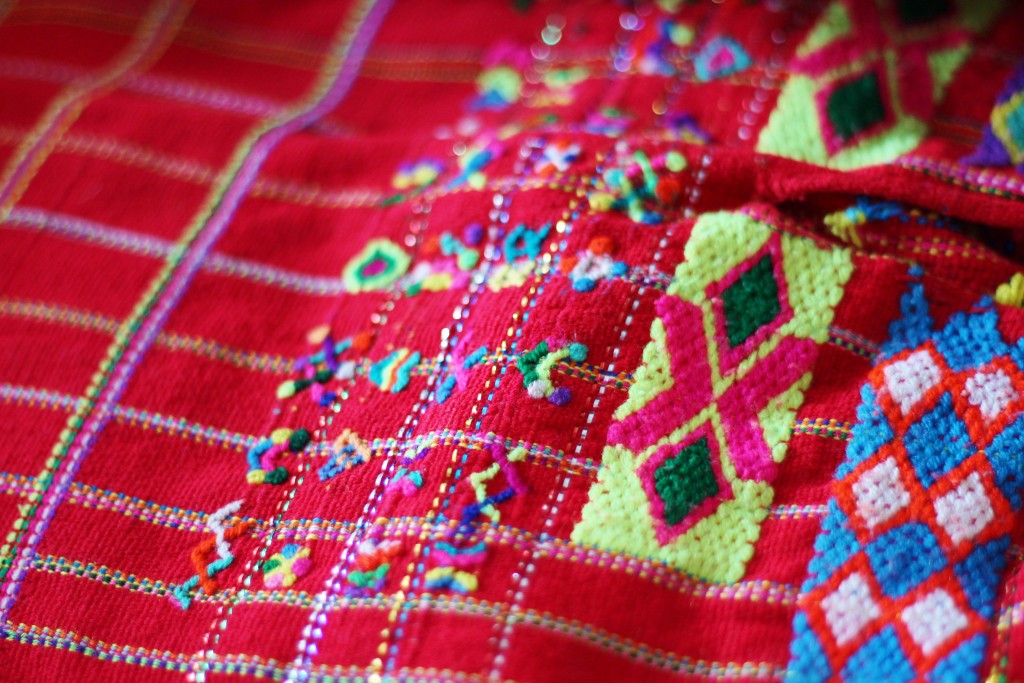 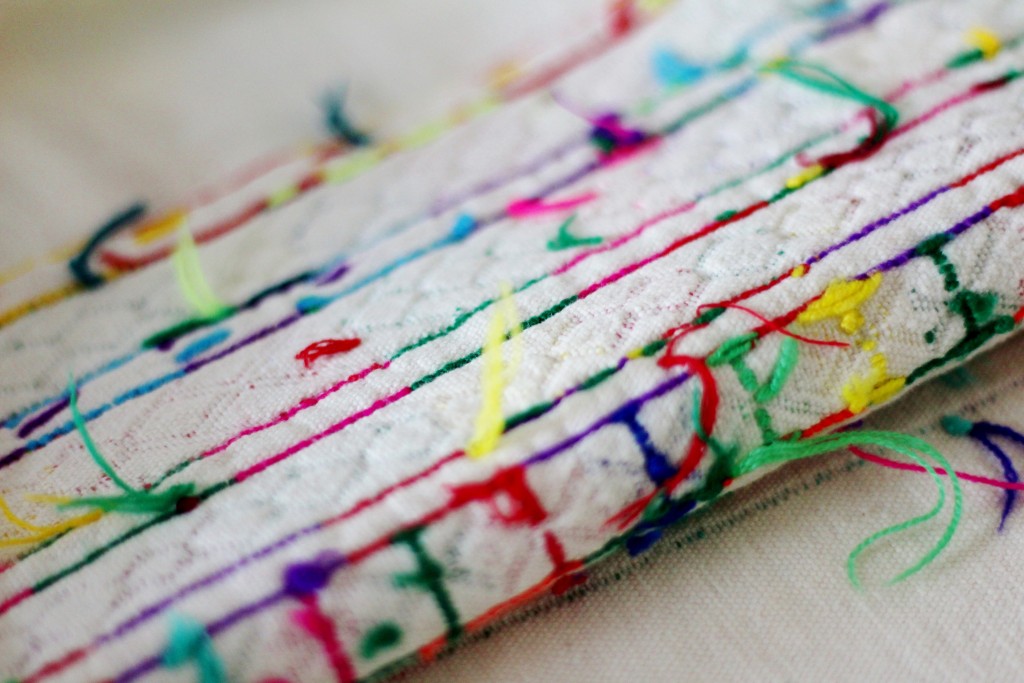 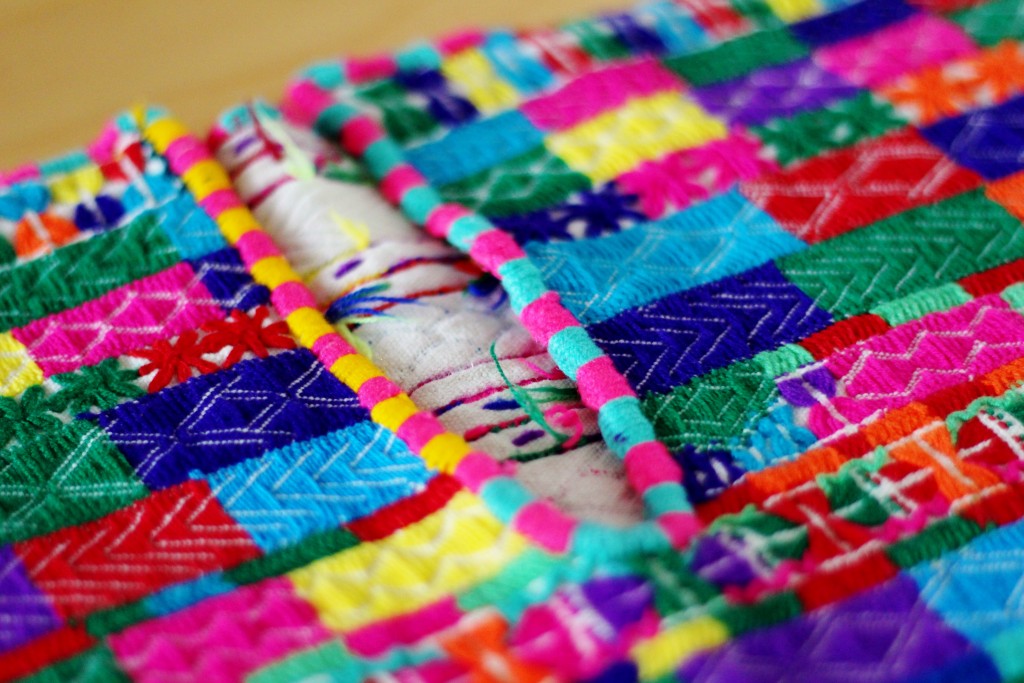 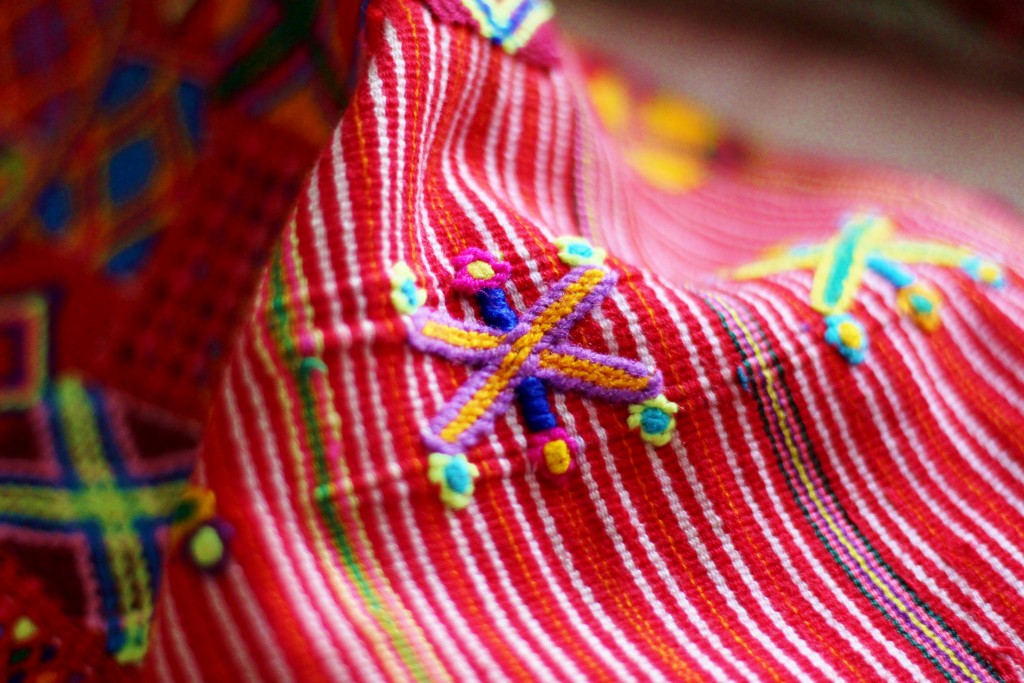 Getting so close to these beautiful textiles felt very special, especially considering how much the indigenous Mayans of Guatemala suffered under colonial rule, which threatened to eradicate their old way of living. Throughout centuries of oppression, the indigenous communities continued to express their cultural identity through their distinctive styles of weaving (which vary from town to town). Today, despite cheap, mass-produced Western clothing flooding the market, many Mayan women living in the highlands still produce and wear traditional clothing. The men are more likely to dress in Western clothing, although in the remote highlands some continue to dress more or less as their ancestors did.

Thanks go to Jamie, who was very kind to let me visit this amazing centre. Although the centre is open to students and academics only, its founder wrote a book called Indian Costumes from Guatemala, which is beautiful and extremely informative. You can find it on Amazon here.

Have a lovely weekend!