My mum’s Giorgio perfume. Bonfires. The smell of banana bread baking in the oven. Three scents that never fail to bring me a sense of comfort. I’m hardly miserable at the moment – uni is great and Mum is here for the weekend – but do I really need an excuse to make banana bread?? 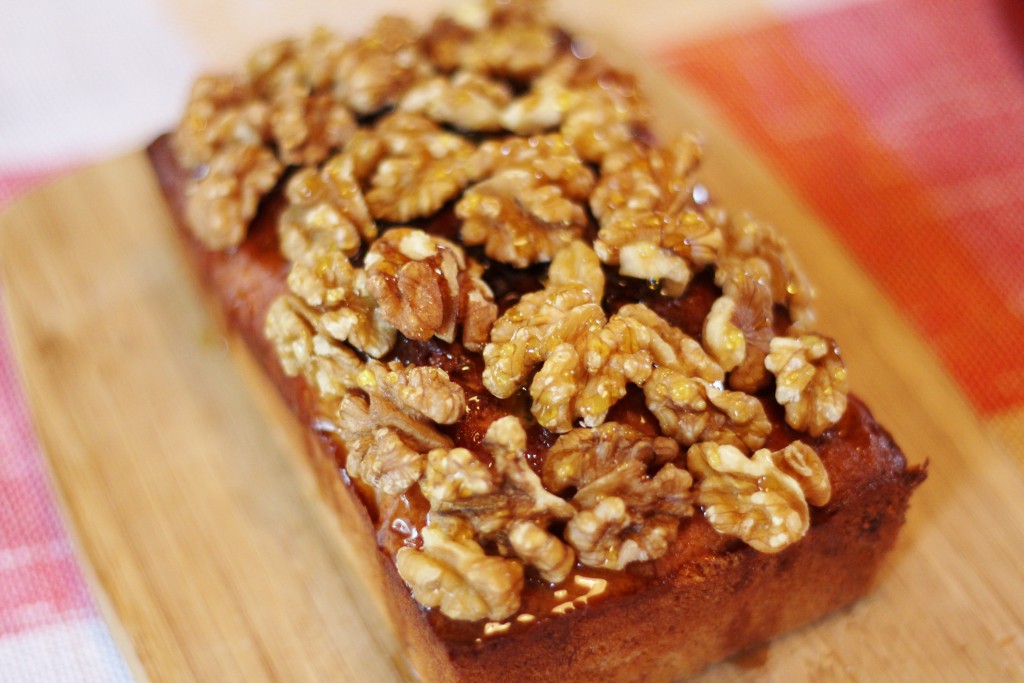 This particular recipe probably helped me make friends in boarding school! It was usually around this time of year, when the Annual Breakdown of the Central Heating would take place and there was suddenly a profusion of rain and general misery. It turns out that the perfect antidote to rain and general misery is banana bread, so every so often, the house matron would give me the keys to the house larder and let me have full reign of the kitchen. I always think of boarding school whenever I smell cakes baking in the oven.  I loved having the space to myself to cook up something delicious. There was also something comforting about bringing something from home (the recipe) to school, which helped the homesickness.

The original recipe I used doesn’t have a walnut topping, but I wanted to change it up a little. I hope my old boarding school friends don’t see it as blasphemy!

Preheat the oven to 200C/gas mark 6 and grease two small loaf tines. Mash the bananas together with the vegetable oil and set aside. Cream together the butter and the sugar until pale and fluffy. Beat in the eggs, then add the banana mixture. Sift the flour and the ground cinnamon into the mixture and fold. Divide the mixture between the two tins, and bake them in the centre of the oven for approximately 30 – 40 minutes, until golden. Leave to cool, and then remove the cakes from the tins. Decorate with golden syrup and walnuts if you fancy it, otherwise slice the bread up and spread with your favourite jam. 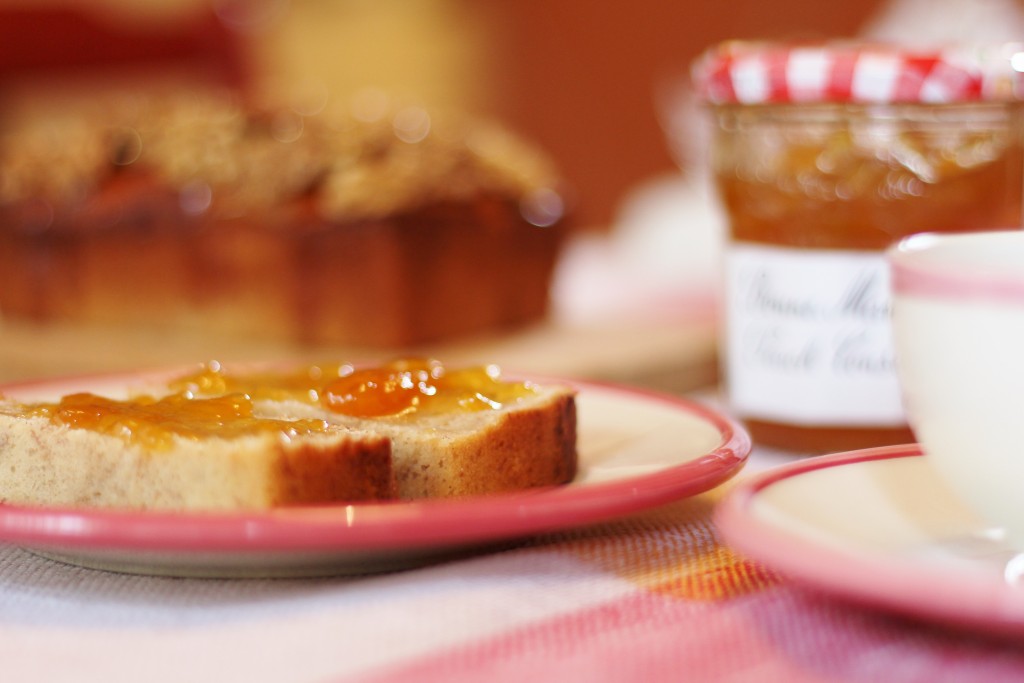 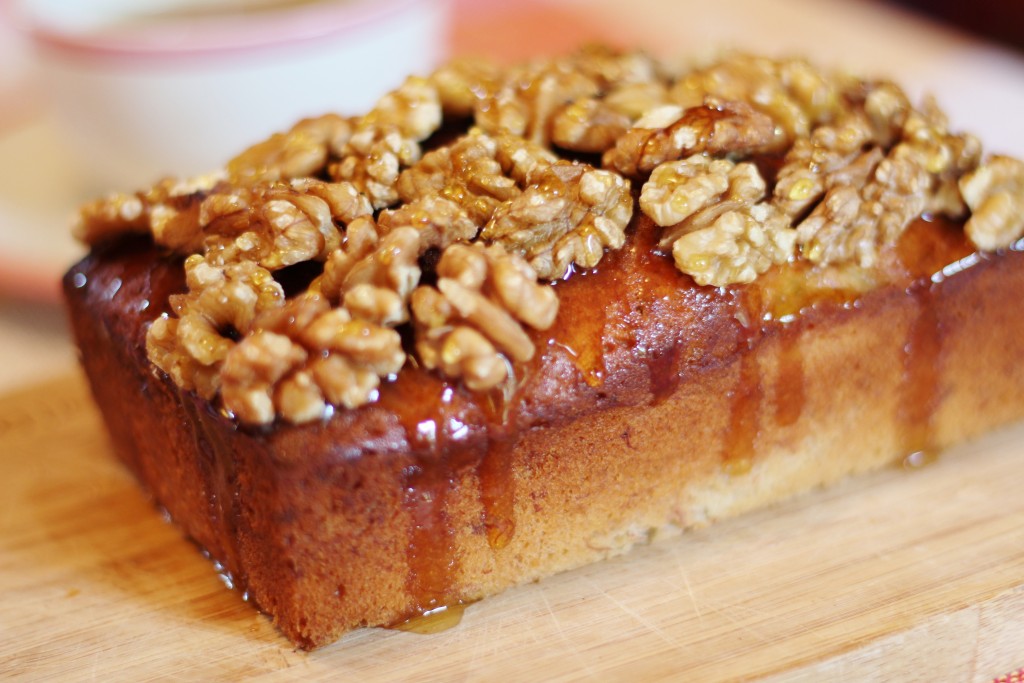 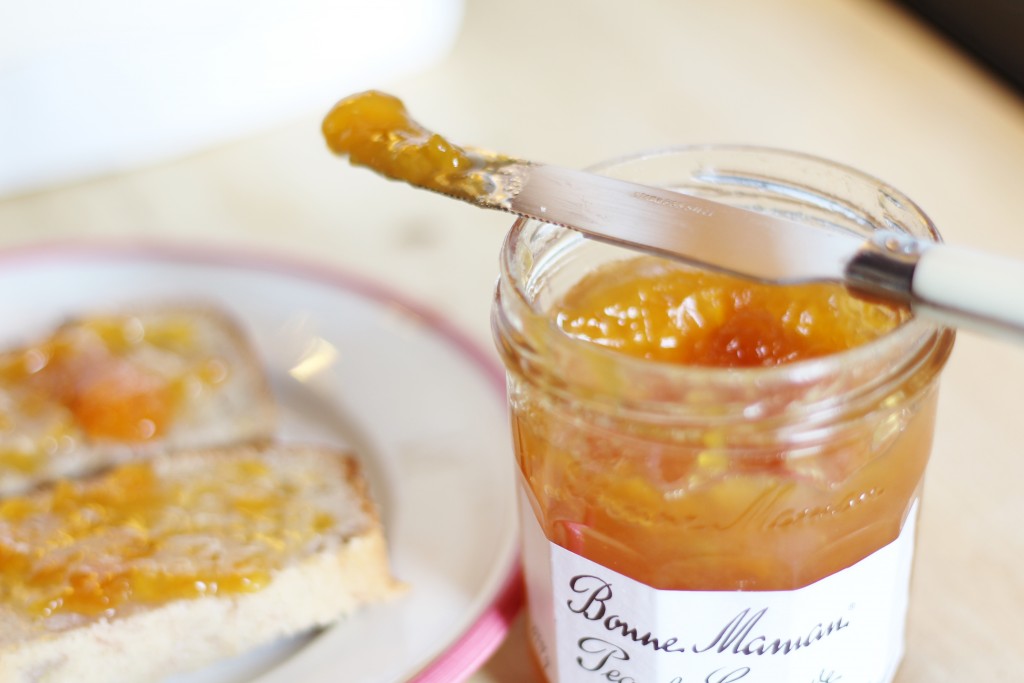 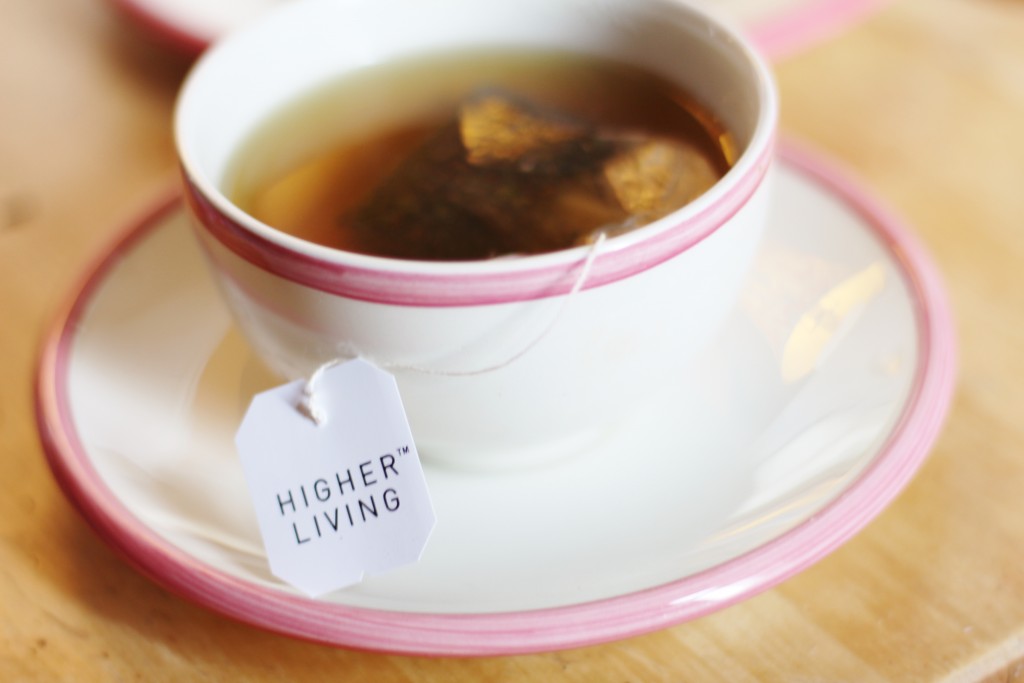 I’ve got a new favourite tea at the moment – the White Tea with Strawberry by Higher Living. It’s rather delicious.